On the streets: the summer events in the Terre di Castelli

The offer of events and shows in the Terre di Castelli multiplies with the arrival of the summer season. Discover some of these unmissable events.

Whether you are looking for moments of fun, relaxation, cultural events or delicacies to taste, summer is the ideal time to explore the Terre di Castelli, which offer in every town and village many occasions for all tastes, in a unique, welcoming environment rich in tradition.

From the streets of the center of Vignola or Spilamberto, to the most solitary villages in the hills and mountains, in summer the Terre di Castelli, in the province of Modena, see a succession of events and initiatives that really meet every taste and interest. From culture to food and wine, from fairs to markets, really not a single week goes by without something to discover. Few things are more pleasant than an evening or a weekend spent with friends immersed in a welcoming and vibrant atmosphere that makes us feel immediately at home. So let's get to know some of the most interesting events that the summer reserves in the Terre di Castelli.

At the beginning of June, it is also time to taste cherries, the symbolic fruit of Vignola, whose cultivation is a typical and characteristic element of all the Terre di Castelli. And it is precisely in these days that Vignola è Tempo di Ciliegie open the doors, the event that for a whole weekend celebrates the most famous red fruit of the territory. The streets and squares of the city fill with the stands of producers, where you can taste and buy the different varieties of cherries grown in the area. Then there is the opportunity to taste all the main typical products of the enogastronomy of the Terre di Castelli, as well as to visit all the monuments and places of interest open during the event.

Among the most anticipated events of the summer in the Terre di Castelli, the traditional Fiera di Spilamberto certainly has a very special role. Celebrating its 149th edition in 2019, the fair fills the streets of the historic center of Spilamberto each year at the end of June, around the anniversary of San Giovanni, a date that coincides with the summer solstice.

This event was once held in high esteem in the countryside. Myths and legends were born around it as it coincided with the end of the harvest, one of a few moments of the year when those who worked the land could have a few days of rest. The Fiera di San Giovanni preserves this energy and offers visitors a rich program of events, exhibitions, concerts and street performances. The heavy presence of food stands then offers refreshment for every palate. It is also a celebration of the production of balsamic vinegar. In fact, within the fair, the Consortium of Traditional Balsamic Vinegar of Spilamberto organizes the Palio di San Giovanni, which every year awards the best producer of this extraordinary local product. 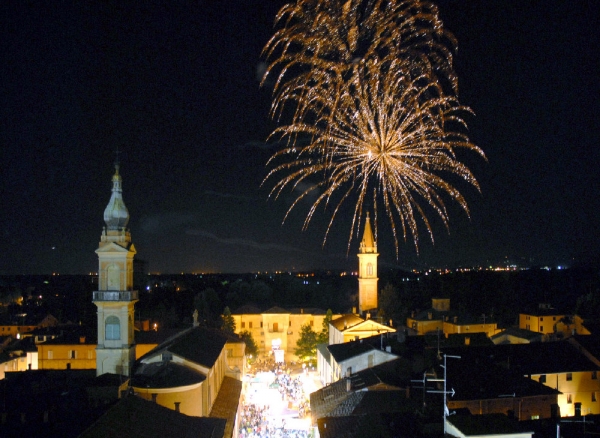 Mercurdo, the market of the absurd in Castelvetro

The historic center of Castelvetro di Modena, perched on the hill and surrounded by the vineyards of the Lambrusco Grasparossa, hosts every two years one of the most unique and fascinating events of the Terre di Castelli. This is the Mercurdo - the market of the absurd, an initiative that brings artists of every genre into the village, committed to capturing the imagination of passers-by and spectators. From theater to dance, from the visual arts to street shows, Mercurdo will enthrall you, making you live a unique, surreal and fantastic experience. In addition to shows and exhibitions, the event also offers a market dedicated to the most unusual and creative craft products.

The Festival of the Autochthonous Hop of Marano

One of the truly unique curiosities of the Terre di Castelli is certainly linked to the presence of an autochthonous hop in Marano sul Panaro, native to this territory, on the border between the river and the hill. The discovery of this variety has attracted the attention of scholars and experts, committed to reconstruct the history and origins of this plant known since ancient times and always used in the production of beer. And every year this fruit of the earth is celebrated with the Festival of the Autochthonous Hop of Marano. In mid-July the stands of some of the best Italian craft breweries arrive in the village, to kick off a weekend full of flavours, thanks to the tireless work of the food stands that fill streets and squares.

In all the municipalities of the Terre di Castelli, summer is the moment in which almost every evening becomes an occasion to go out and discover a piece of this territory, animated by one of the many events. This is the case of Etra Festival in Vignola, whose programme sees throughout the summer a succession of theatrical performances, concerts and much more in the splendid setting of Piazza dei Contrari, in the shadow of the Rocca.

For film lovers, there are plenty of films scheduled in the various open-air cinemas that are organized throughout the summer, from the John Lennon Park, in the center of Castelnuovo Rangone, to the medieval village of Savignano, from Piazza Matteotti in Marano, up to the village of Castelvetro di Modena.

Even the youngest can join in the fun thanks to the many shows for children that are organized in the parks and squares of the Terre di Castelli during the summer. Almost every municipality dedicates some events to them such as theatrical performances, puppet shows and films in some of the most evocative places in the area, such as the Castle of Levizzano Rangone.

We just have to indulge in the pleasure of an evening or a summer weekend in one of the many historic centres and villages of the Terre di Castelli, where you can find more than just entertainment and culture for all tastes. In fact, before moving to the square to attend a show, or to walk the streets animated by fairs and street artists, this is also the ideal season to simply sit at the outdoor tables of one of the many restaurants in the area for real moments of conviviality and pleasure under the stars. 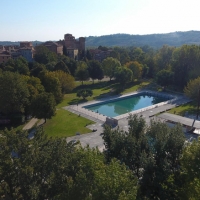 Surrounded by greenery, right in the shadow of the castle and at the crossroads of several cycle-pedestrian routes, Vignola's swimming centre is certainly a protagonist of the summer in the Terre di Castelli. Not only is it the perfect place for sports and relaxation, but with a rich program of live concerts it offers evenings of excellent music, just a stone's throw from the main monuments of the city. 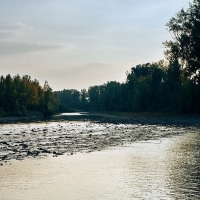 The river park along the banks of the Panaro in Marano offers during the summer an ideal place for all lovers of picnics, barbecues and days in the open air. It is "Marano Beach", a large picnic area immersed in nature, perfect to accommodate families and groups of friends who want to spend hours of peace and fun, surrounded by nature, between the river and the hills, with its handy car park and shops in the nearby centre of Marano.

The summer season is ideal for riding bikes to discover the landscape of the Terre di Castelli. The cycle path Modena-Vignola, along the route of the old railway line, crosses the municipalities of Castelnuovo Rangone and Spilamberto before reaching the city of cherries: Vignola. Along the way you can still see the small village stations.