Foliage and autumn flavors on the Modena Apennines

Autumn comes and the mountains in the Terre di Castelli become highly colourful: it is thanks to the foliage, it’s the moment when the trees transform the landscape of the Modena Apennines into an artist’s palette of nuances and suggestions. And the air is filled with the scent of tasty local and seasonal specialties waiting to be savored.

It is that moment of the year when we feel a certain pleasure in putting on a jacket or a sweater, even if it is still cotton. Well, now the summer has passed in the Terre di Castelli in the province of Modena and there is change in the air. Right now, in fact, the woods and meadows are as colourful as you will ever see them. And, on closer inspection, it is all a swarm of life, in the fields and along the river Panaro, towards the mountains, which in the season of foliage reveal some of its most precious riches. The time has come to get back to work after a summer siesta, a return to the lively and intense rhythms of nature and traditions.

And as the air fills with the autumn aromas and fragrances, we turn our attention to the palate, thanks to the range of food and wine the Terre di Castelli is able to offer in this period. At the turn of the season, it's time to prepare for the winter while enjoying the last weekends of warmth, allowing for outdoor lunches and jaunts to villages and hamlets, and maybe a tasty stop-off in one of the many local restaurants or farms. In short, it is difficult hold back the desire to discover the charm of autumn in the mountains.

Foliage, nature and landscape on the Modena Apennines

As the plain slopes up towards the first foothills of the Modena Apennines, it is already clear that something is changing. Looking upstream from the bridge over the Panaro river in Vignola you immediately understand that the air, light and colours are different. Already the profiles of the hills have become vibrant and alive. First, we notice the vineyards in their rows with the mélange hues on the sloping plains, and even from a distance they warn those coming from Modena or Bologna that something is happening here. But it is as you leave the valley bottom behind and start to climb beyond the village of Guiglia towards Zocca, that the inebriating cloak of autumn envelopes you in all its soft unfolding.

After spending so much energy in the summer season to get lush and bear fruit, now trees and shrubs have kept their last precious forces of the year to stage their most incredible show. Here comes the time of the foliage and each plant comes with its special outfit. While in the valley the poplars are almost immediately gray, in the mountains we can witness an explosion of colours, where each ridge, hill and segment of wood wants to play its part and amaze the eye of the beholder with greens, yellows and browns, oranges to red and violet and every nuance in between. It is the wild cherry trees, the blackthorns and the downy oaks that mark the entrance to this suggestive melting pot of colour. 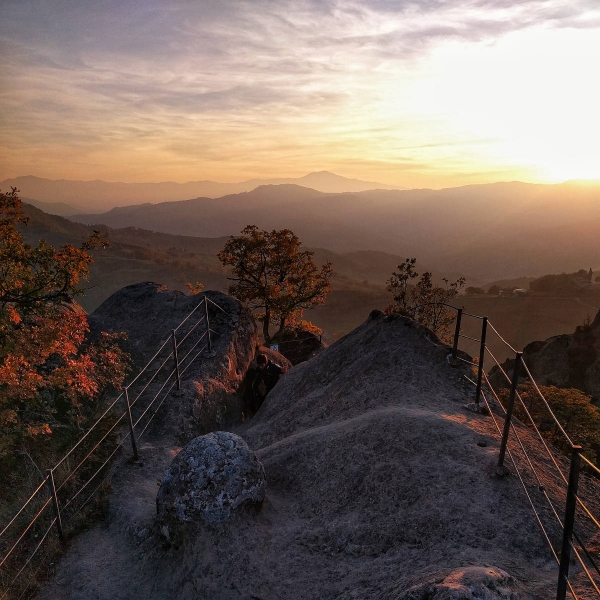 And as we gradually climb, we enter the kingdom of the chestnut tree, the tree that with its fruits and its wood has provided a fundamental support for the inhabitants of these mountains for centuries, to the point that Zocca dedicated a museum and a festival (among the most popular of the season) to it. Even the trees that normally live in the plains, such as maples, hornbeams and horse chestnuts, take on entirely new dimensions and vitality here, becoming the protagonists of these shifts of colour.

It will probably be enough to drive in a car from one village to another to appreciate this show. But certainly the best experience to fully enjoy the foliage in all its forms is to go on foot along one of the many footpaths, short or long, to fully enjoy this extraordinary time of the year. 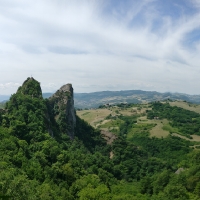 Park of the Sassi di Roccamalatina

The Park of the Sassi di Roccamalatina offers an extraordinary setting to experience the season of foliage in its fullness. The vast amphitheater of woods and slopes in the center of which the profile of the Sassi stands, is perfect for long or short walks among oaks and chestnut trees, or to take advantage of the last chances for a picnic in the open air in one of the many equipped areas. 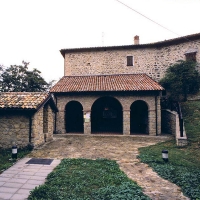 Museum of Chestnut and Borlengo

Located inside the ancient Ospitale of San Giacomo, a place that since the twelfth century offered shelter to pilgrims along the Via Francigena, the Museum of Chestnut tells the life of the rural culture of these mountains and offers the opportunity to buy typical products of the territory. Inside it is also home to the Museum of the Borlengo, ideal for learning everything there is to know about this typical and tasty specialty. 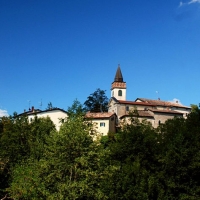 The ancient village of Samone is built along a suggestive winding path on a hill already mentioned in the year 1048 between the possessions of the Abbey of Nonantola. Today Samone also hosts the permanent exhibition of the Tigella, a unique opportunity to learn more about this gastronomic specialty, once exclusive to these mountains and now widely distributed in a large part of the regional territory.

Flavours of autumn: the food and wine of the Modena Apennines

Autumn has always awakened a passion for tradition and for the many food and wine specialties that can be tasted this season in a special way, when the fireplaces are rekindled. Also rekindled is our desire to get back behind the stove. And when it comes to cooking, the mountain territory of the Terre di Castelli is certainly home to some of the tastiest products this season can offer. 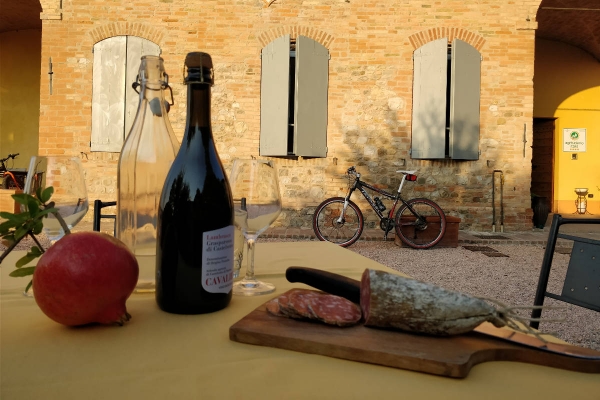 The queen among the mountain specialties of the Modenese Apennines is certainly the tigella, but pay attention to this name: it could happen that some particularly traditional hosts will bring you terracotta instead of food on your plate. But how? What is it about? There was a time when in the mountains it was necessary to provide food for the family with great simplicity and with preparations made of a few ingredients that could be cooked directly in the fireplace. And so the tigelle were born, terracotta disks among which the so-called crescentine dough was cooked in the embers. These, which usually had a diameter of about fifteen centimeters, with a crisp surface and a soft interior, were cut in half and stuffed with what was available in the pantry. Over time, such a simple preparation proved to be an excellent side dish to cured meats, cheeses and other local specialties, thanks to the heat retained inside, which allowed the filling to warm and melt, enhancing the taste of these products. The most tradition filling with lard and parmesan must be tried, and the crescentina becomes heavenly accompanied by some Prosciutto Ham of Modena DOP, which in turn is exalted by sweet flavours, such as cherry, fig or apricot jams. When this specialty became popular beyond the territory, to avoid confusion with all the different types of crescente, it was given the name of the discs in which it was cooked, becoming just the tigella. But do not dare tell this to the mountain people, they will peer at you questioningly and ask you if you wouldn’t rather have a basket of crescentine!

Forgotten for a long time and kept as a treasure by a few elders, expert in its preparation, the borlengo has been rediscovered in recent years as a true triumph of taste, reintroduced in the menus of several restaurants and holding its own in the best of Modenese culinary tradition. At the base of this specialty there is a simple preparation of water and flour called "glue." which is spread in a very thin layer in wide and low pans called "soli". Here the borlengo becomes a thin, almost transparent disk. Once ready it is filled with the so-called cunza, the typical pesto of lard, garlic and rosemary, then abundantly sprinkled with grated Parmesan, it is folded in four and served. The apparent simplicity of the borlengo hides in reality a product capable of giving great satisfaction with nuances in the recipe and preparation which present a challenge for even the most expert connoisseurs.

But the mountains of the Terre di Castelli also offer a number of other delicious regional specialties unique in quality and taste, brought about by a largely uncontaminated environment and a centuries-old tradition. Visitors to this area can taste the Prosciutto ham of Modena DOP and other typical farm-to-the-table cured meats, or you can buy Parmigiano Reggiano, caciotta and fresh ricotta cheeses from one of the many dairies in the area.

At this point you just have to discover the autumn in the mountains of the Terre di Castelli, enjoy the warmth of one of the last weekends to spend outdoors at one of the many farms or taverns in the area, where you can find not only tigelle, borlenghi and chestnut- inspired dishes, but all the specialties that make the traditions of this land so unique and tasty.